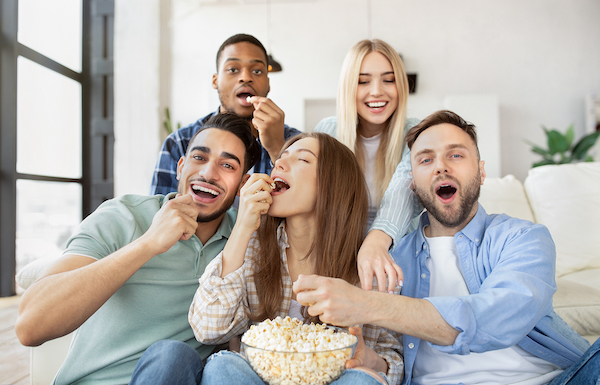 From budding romances to quirky hysterics, the laundromat has been a staple in Hollywood set pieces dating all the way back to some memorable scenes in 1968’s Rosemary’s Baby. And while we’re willing to bet you’re more than just vaguely familiar with many of the scenes on this list, it’s worth revisiting some of these iconic scenes in film and TV and adding a few more to the list. Here’s a look at some of the best scenes that have taken place in the laundromat:

What’s perhaps the most iconic laundromat scene in TV history, surely you’ve seen the episode of Friends where Ross accompanies Rachel to the laundromat to help her do her laundry. The two budding lovers spend time together before Ross gets in a little dust-up with another laundromat patron while sticking up for Rachel.

After Garth moves out of his parent’s basement, he visits a laundromat to do his own laundry for the first time in his life. He shrinks his laundry but winds up chatting with a pretty girl. In other words, Garth’s first-ever attempt at being independent was at least successful in some way.

Catch Me If You Can

This Stephen Spielberg heist film had a brief laundromat scene, but it sure was a funny one. A down-on-his-luck FBI agent, played by Tom Hanks, is seen in a short scene sandwiched in between two women at a laundromat. It occurred right after Hanks’ character failed once again to capture master criminal Frank Abagnale in the cat-and-mouse game that takes place throughout the entire film.

Edgar Wright’s masterpiece features another scene where love begins to bloom in a laundromat. It occurs when Baby goes to the laundromat with love interest Debora – a pivotal moment when he decides that he wants to be with her.

Even superheroes need to do their laundry, right? Deadpool 2 features a scene where “the merc with a mouth” is seen in the laundromat making sure his superhero suit is nice and clean. While it might be an odd scene in any other superhero movie, it’s fitting in the R-rated action-comedy that the Deadpool franchise is known for.